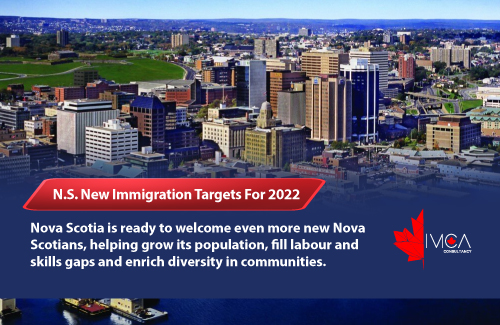 Nova Scotia has confirmed its allocations for the Nova Scotia Nominee Program (NSNP) and the Atlantic Immigration Program (AIP) for 2022.

The Province’s 2022 allocations for the Provincial Nominee Program and Atlantic Immigration Program were confirmed by IRCC in a letter to Jill Balser, Minister of Labour, Skills, and Immigration.

The federal government also committed to expanding allocation targets for these programs over the next three years.

“Nova Scotia is a special place and we are excited that more and more people see a future for themselves and their families here,” said Minister Balser. “Population growth is vital to our economic success. We have been preparing for growth, working with employers, communities, and settlement organizations to get ready for more people to call Nova Scotia home.”

The Atlantic Immigration Program, introduced in 2017 as a pilot program to help employers recruit skilled foreign workers and international graduates to meet labor needs, became a permanent program on January 1, 2022